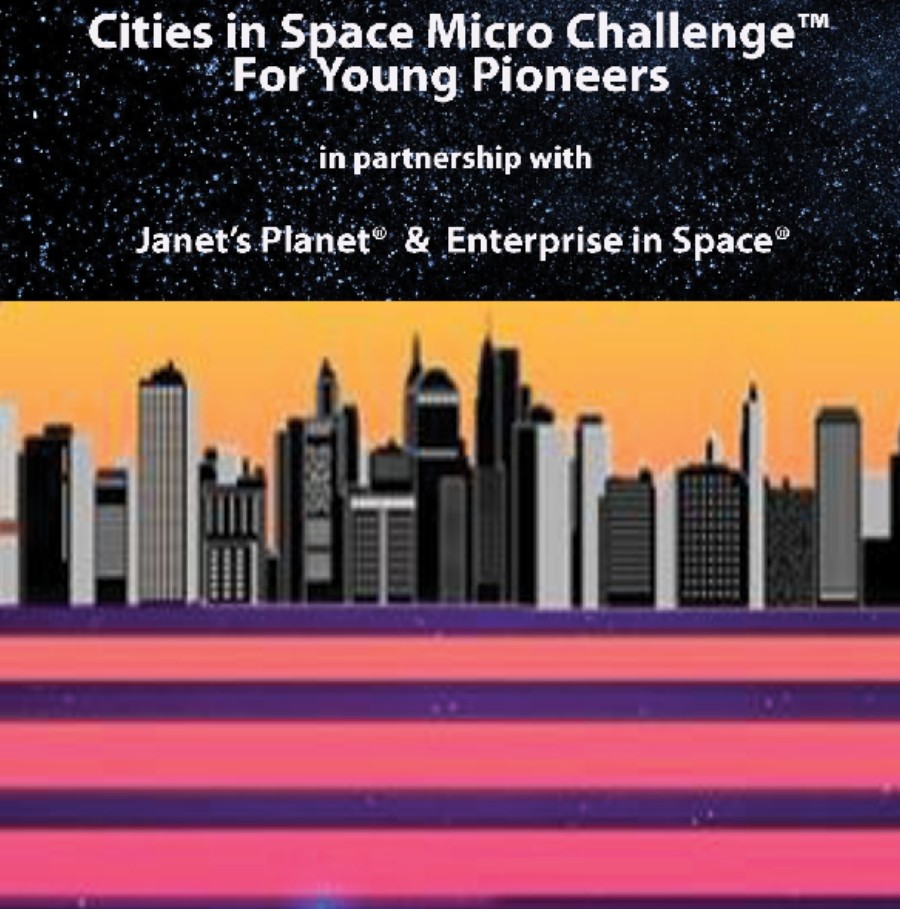 Students will create their own thriving, off-world settlement on the moon, Mars, or in free space.


STEAMSPACE™ is dedicated to opening the space frontier, in our lifetimes, to everyone. Beyond the boundaries of race, gender, ideological and socioeconomic difference, STEAMSPACE Education Outreach™ believes in opening this new path to any and all who would like to go. In order to be prepared for the world of free space and settlement, the human race must consider what to do once the traveling is over and we have arrived.


Our Cities in Space Micro Competition provides a challenging opportunity for young minds to explore all aspects of colony design and development while also learning leadership skills that support collaboration, presentation, and empathy promoting our collective future in space.


Space settlement on other planets, the Moon, and in free space will require a broad array of skills and resources but eventually, humans will be born in these colonies and the human race will thrive and multiply in new environments alive with broader cultures, science, and ideologies than seen here on Earth.


In support of STEAM ( Science, Technology, Engineering, Art, and Math) Education and Project Based Learning, the Micro Cities in Space® Challenge is aimed at creating a structure that can enable the human race to survive and thrive into a new civilization in space. As a supporter of Project Based Learning and Social and Emotional Learning, we celebrate diversity and encourage teams to fully explore their choice for presentation topic. Focusing on culture and ideology, preservation of history, architecture or the pursuit of the arts for a thriving colony are completely acceptable topics.

The mission of Enterprise In Space (EIS) is to motivate students everywhere to reach for the stars.

Janet Ivey, creator of Janet’s Planet, is committed to enriching the lives of children via education and live performances, TV, and online programming.

With over 25 years in children's entertainment and education, Janet has captivated Nashville and beyond with her work.

She has received 12 Regional Emmys and five Gracie Awards for her children’s series Janet’s Planet that airs on 140+ public television stations nationwide.

Janet has won a  STEM-FLORIDA Award for the  “Exploring Microgravity,” an educational video about gravity and microgravity that she wrote and produced for Space Florida.

This dynamic and fast-paced series is geared to 7-12 year olds and focuses on science, space, history and health. The short form series can be seen on public television stations nationwide, as well as KTV (Kids and Teen Television), YouTube, BatteryPop, Club Jelly Telly, AmebaTV, and HighBrow in the UK, and the Children’s Television Network.

We have Successfully participated & organized educational workshops, training & competitions on DI & Robotics in UAE and Qatar.

Partnering as affiliates of "Destination Imagination USA in Pakistan". We intend to focus on developing and harnessing the immense potential of our Pakistani youth through participation and partnering of schools, colleges and universities in local and international training and development workshops and competitions.

Heartfelt thanks to Ball Aerospace for supporting our awards year after year.